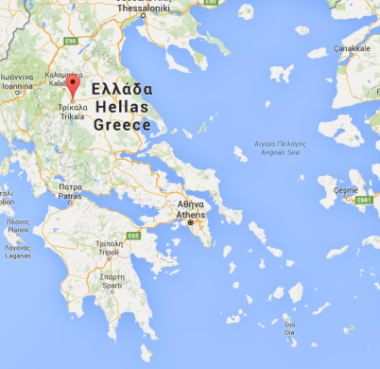 Trikala is a medium-sized provincial city in the middle of Greece with a population of about 76 000. What makes Trikala very special from a technology perspective, is that it is considered the first digital city in Greece. Innovative services could be set up which made Trikala a so-called “Smart City”. A smart city uses digital technologies or information and communication technologies to enhance quality and performance of urban services and mobility. The overall goal is to reduce cost and resource consumption, and to engage more effectively and actively with citizens. 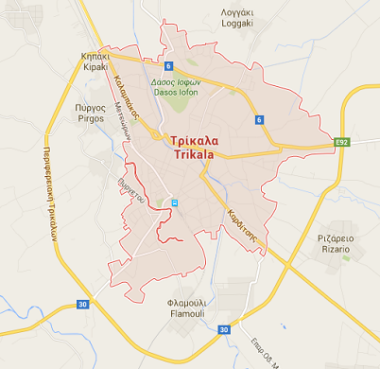 As many medium-sized European cities, Trikala faces several problems with the operation of its urban mobility system. The city has to ensure that about 85 000 residents and visitors can travel seamlessly every day. The urban road network is limited by a river which flows through the city centre. It is also bounded from the southwest by a railway line. The suburbs, the close villages as well as the university campus located in the periphery are poorly connected with the inter-city bus station, the train station and the city centre. This makes citizens keen on using their own cars. The area in the city centre is quite small, while dense in traffic. Walking and cycling is very popular there, and a lot of private cars are creating parking problems. To address all these problems, Trikala authorities and their strategic partners, i.e. the Institute of Communication and Computer Systems (ICCS), have made major efforts during the past years. This was also supported by European research initiatives. 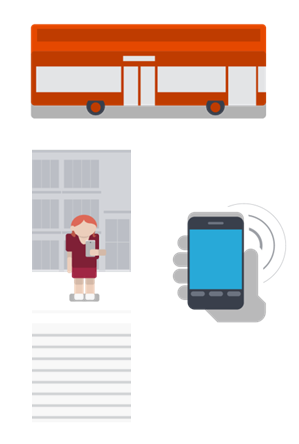 An important asset for Trikala in this context are the TEAM Infrastructure applications and particularly the Collaborative Public Transport Optimization (CPTO) that aims to increase the flexibility of the transport infrastructure by adapting it to the demands and needs of the citizens. CPTO analyses input from travellers that is transmitted via smartphone (positions, destination, departure time, selected bus route, etc.), traffic information (current road situation) and public transportation timetables. On the basis of this input, the system can provide better bus scheduling. This means that travellers can adapt their routes better in case there is a lot of traffic. It also includes adding and/or skipping bus stops, and it additionally provides pre-trip and post-trip information to the traveller. 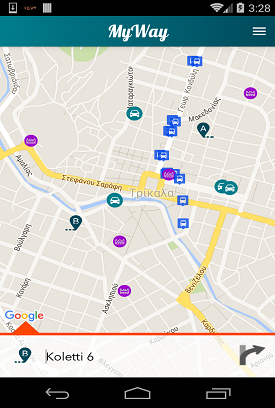 Moreover, the European Smart Mobility Resource Manager developed by the MyWay project consortium has also been deployed in the city. This platform includes services and facilities to support collection and processing of information which is supplied by the urban community. It also addresses the efficient and seamless integration of different mobility services while considering limited transport capacities. This covers all transport modes (motorised and non-motorised, electric vehicles, public transport, flexible services such as transport on-demand) and mobility sharing schemes (e.g. car sharing, motorbike sharing and carpooling). The citizens of Trikala can now use services like real-time bus departure information or personalised trip planning and following, which are provided through Android and iOS applications.

Trikala has also enrolled in the Europe-wide e-market place of global mobility services, developed in the framework of the MOBiNET project in order to validate its concept from a business perspective. Trikala, as one of the MOBiNET pilot sites, has the opportunity to test exemplary use cases that have the potential to influence positively the mobility behaviour of the citizens. The service validated in Trikala city is the multimodal travel assistant, which provides a journey planner and necessary information about traffic, buses or parking to a traveller. The assistant gives information to drivers on available parking spaces, navigates them to the selected space and may even be used to automatically pay the parking cost.

Finally, one of the city’s major achievements is the large-scale demonstration of 6 public transport vehicles which are operating without drivers. These automated buses are currently driving in Trikala. The demonstration will last for 5 months in the framework of the CityMobil2 project activities. The six CityMobil2 buses are operating complementary to the rest of the city’s public transportation on a specific route within the centre of Trikala. For hosting this innovative demonstration, the city of Trikala has undertaken a number of preparatory actions: a dedicated lane has been created to partially segregate the automated vehicles and a control centre has been equipped to operate the fleet from distance. The technical infrastructure concerning the connectivity of the entire transport system (vehicle, traffic lights, control centre, etc.) is constantly fine-tuned. Furthermore, the legal framework has been adapted to safeguard the conduction of this demonstration. It is worth to mention that this is the first time that automated vehicles are demonstrated in an urban network environment and that Greece was the first EU country to apply national law at a very early stage allowing automated transportation. Considering this fact, the results of this demonstration will be really useful not only for the city of Trikala but for every city that intends to automate the urban transport system.